This program was established by the Bonita and Naples Bailliages (chapters) of the Chaîne des Rôtisseurs to lend support to the food service industry by providing scholarships to deserving culinarians in Southwest Florida who were committed to furthering their education and enhancing their careers.

One-hundred-fifty enthusiastic supporters attended the event, which raised approximately $17,000 for scholarships. A Culinary Scholarship Advisory Council, comprised of members of the two bailliages, was formed to administer the program.  One of their first decisions was to call for all disbursements for the Scholarship Program to be made through the Community Foundation of Collier County.

Besides awarding scholarships, early leaders spoke of their desire to organize a regional Intern Program whereby local culinary students would be able to get invaluable on-the-job culinary work experience at local clubs and restaurants. Sponsoring cooking competitions among students in local culinary programs was part of their vision as well, as was the involvement of local professional culinary organizations.

Culinary Odyssey 2001 was followed by annual major themed fundraising events, both before and after the organization incorporated as a not-for-profit  on November 2, 2004, becoming, as of that date, The Culinary and Hospitality Foundation of Southwest Florida (CHEF). 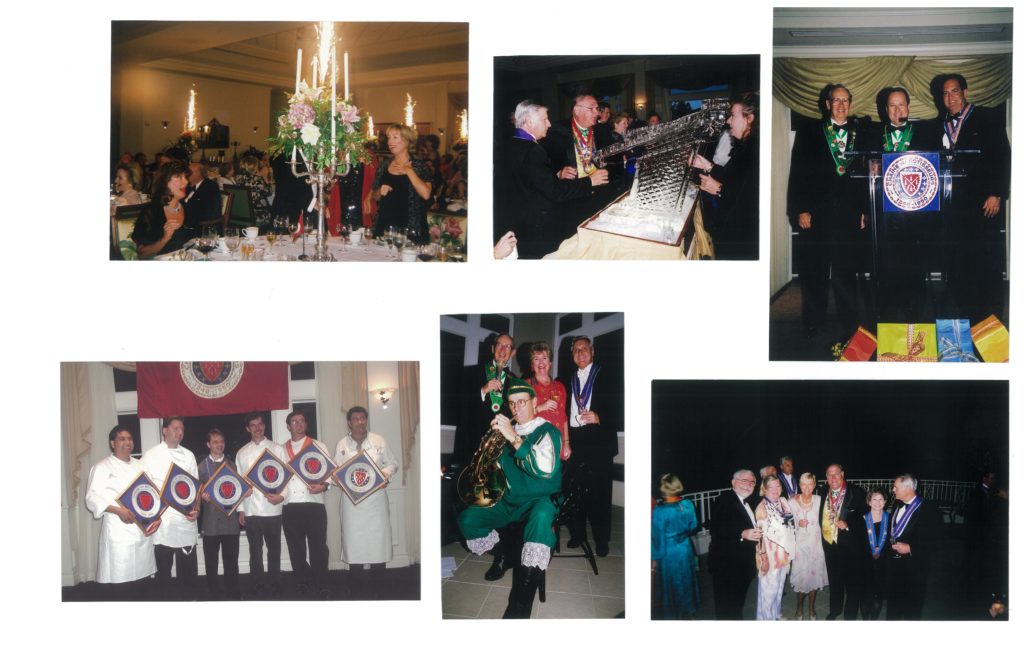