The Culinary & Hospitality Education Foundation of Southwest Florida (CHEF) Board President Taryn Cafiero announced that, “due to the amazing commitment of CHEF Board Members, generous community support and donations, the organization’s signature fundraising event held January 6, 2020, raised more than $120,000 for student scholarships, doubling the amount raised in 2019.

A new twist to this year’s event was a “Culinary CHEF Showdown,” friendly competition between CHEF’s 2020 honoree, 21 Spices by Chef Asif owner Asif Syed, and challenger, Aielli Group’s Corporate Chef Jason Goddard. Over 120 guests enjoyed watching the lively culinary competition on stage at Grey Oaks Country Club in Naples. The chefs had to use Mystery Basket ingredients to create a show-stopping appetizer dish in 30-minutes, which was judged by four industry professionals on 1) use of Mystery Basket ingredients; 2) creativity and innovation; 3) presentation; and 4) taste. In the end, Chef Asif edged out Chef Jason by only 6 of 100 points! Both chefs were presented with Certificates of Excellence and Chef Asif was presented with CHEF’s “Golden Whisk.” Event judges were, Chef Melissa Donahue of Sweet Melissa’s Café on Sanibel Island; Beirne Brown; hospitality and wine educator at Florida Gulf Coast University’s School of Resort & Hospitality Management; Guy Clark and Rafael Feliciano, founders of Food Idea Marketing Group, Sizzle Restaurant Week Southwest Florida, and Where to Eat 239 social media network.

Scholarships and Grants are administered through a donor-advised fund at the Collier County Community Foundation. CHEF Board members will convene in mid-March to determine the final amount of scholarships and grants to be awarded once all submissions have been reviewed. Since CHEF’s inception in 2001, the Foundation has raised and awarded over $300,000, allowing students, and those returning to educational programs, to pursue their degrees and careers in the culinary arts and hospitality industries.

CHECK BACK FOR MORE INFO! 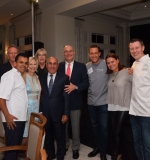 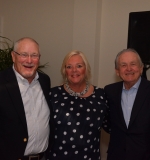 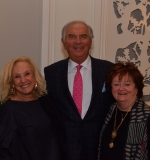