“Due to the pandemic, like many philanthropic organizations, CHEF had to reinvent our popular Culinary CHEF Showdown competition for 2021, said CHEF Board President Taryn Cafiero.” Cafiero continued, “instead of the in-person culinary competition, dinner, and auction that CHEF hosted at Grey Oaks Country Club in January 2020, we are going virtual in 2021 in a true cross-County collaboration.” CHEF raised $120,000 at the 2020 event for Lee and Collier County students to pursue their degrees and careers in the culinary arts and hospitality industries.

Both Chefs will have 30 minutes to create and present a “WOW” appetizer dish using mystery basket ingredients curated by award-winning Sails Restaurant of Naples and pantry items provided by Luminary Hotel & Co. The judging panel will be announced later. Some of Southwest Florida’s most generous and popular restaurants will offer a CHEF-inspired take-home menu for supporters to host small, in-home CHEF Showdown viewing dinners. Other donors will provide auction lots featuring food, wine, and resort packages, domestic travel and tours, and flexible, no-expiration international trips.

Chef Jason Goddard was born in Iowa on a small, sustainable farm. Jason began cooking at age 13 and fine-tuned his craft working for caterers, high-volume restaurants and organic cafes. Jason further developed his skills in the kitchen of Sea Salt in Naples, Fla., under the mentorship of Chef/owner Fabrizio Aielli.

Chef Gloria Jordan was born in Havana, Cuba. Gloria traveled from Scandinavia to Europe to gain her culinary training, before opening her own restaurant, La Trattoria Café Napoli in Fort Myers, nearly 14 years ago. When not at her restaurant, Chef Gloria is taking foodie travelers on one-of-a-kind cultural and culinary experiences to her hometown of Havana. 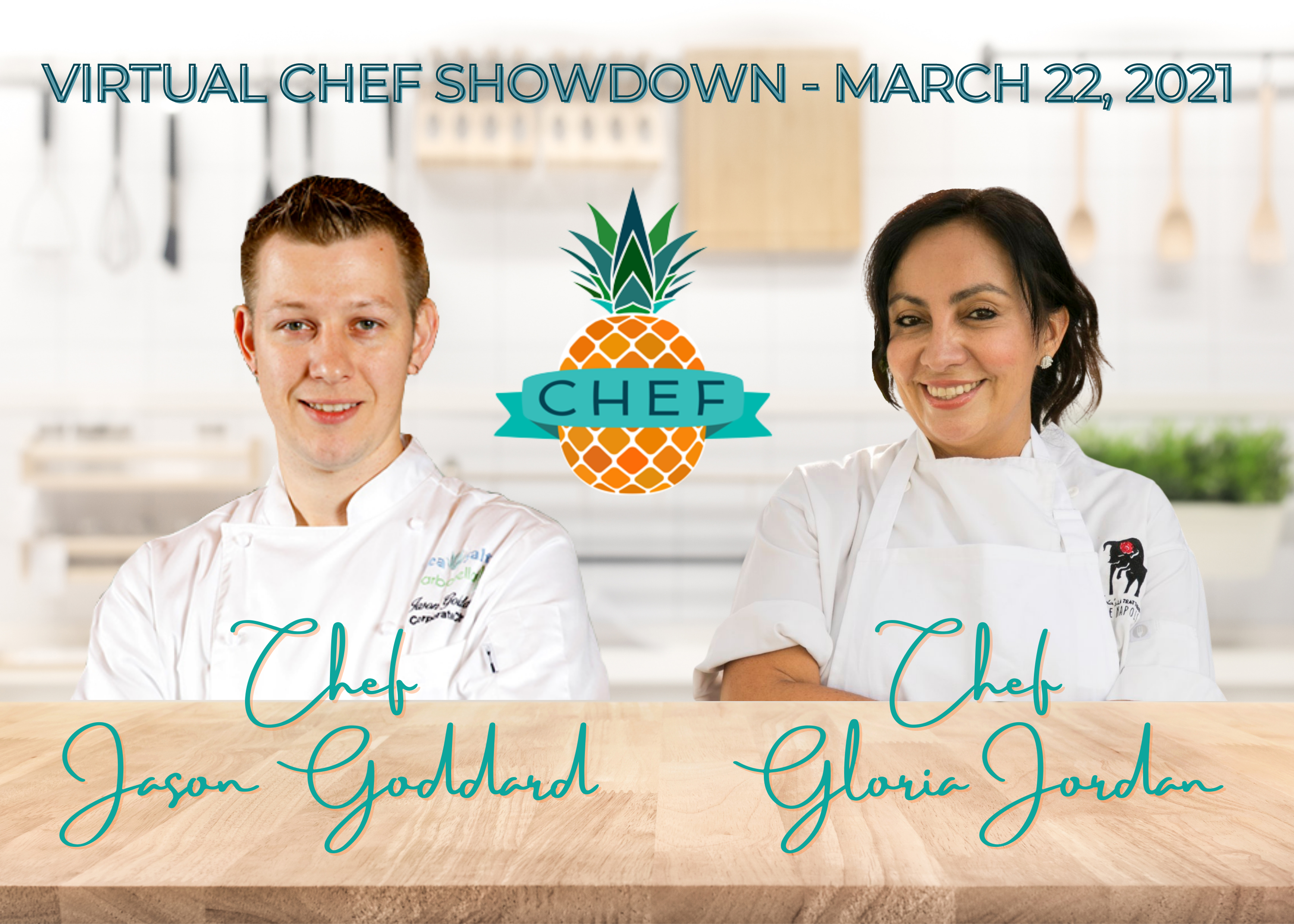